KSEF provides scholarships and bursaries to talented pupils whose family financial circumstances would not otherwise enable them to attend fee-paying private schools.

“The KSEF makes a difference to so many lives.” 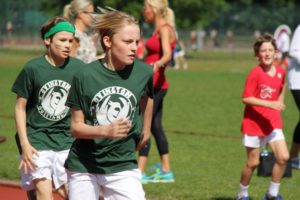 “At the beginning I found it extremely hard to settle in….By the end of the autumn I was a completely different person…. I was much more organised, time efficient and scored higher grades….One thing that I had, surprisingly, no trouble finding, from the day I started, was amazing friends. Friends which would laugh with you. Friends who were loyal to you. Friends which were there for you…Knightsbridge is a roller-coaster full of excitement and thrills. I love coming to school every day and I don’t think I would love any other school I go to, as much.”

From a letter by a KS bursary pupil, now studying at Shrewsbury School, to which he won a bursary. 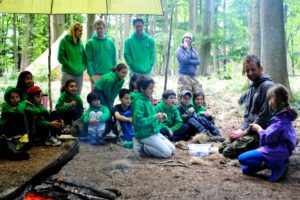 “We donate to the KSEF because we feel it is time to give back. We have been very lucky in our lives and we strongly believe that education is the best way to give back to those in need. All our children attended KS and absolutely loved their experience. We feel that diversity will define the KS experience even more.”

From an ex-KS family who donates annually to the KSEF.

Since 2007 KSEF donors have supported 17 local children achieve exceptional results at KS. Some of these children have now left the school and are thriving at top independent schools and higher education in the UK. 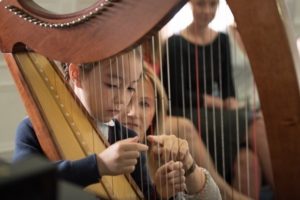 Giving to KSEF supports the social inclusion and citizenship principles supported by the Directors of the Knightsbridge School and the Trustees of the KSEF.

By giving to the KSEF, you are enabling a generation of children to prosper and inherit these values.

I must say, at first I thought the primary reason for sending one’s child to a private school was the advantage it provided in academic grades. However, although it is true that there is an evident academic advantage, I was wrong in thinking that this was the primary reason. From observing the progress of my son during the five years that he has been receiving a private education, I have realised that he has acquired something much more important than mere grades. He has acquired a specific type of personality that I struggle to describe concisely.

Although he has obtained the respectable grades of: 8 A*s and 2As in GCSE; I find that the type of person he has become is a much more valuable asset to have. Through hobbies such as debating and MUN he has built on his (already relatively high) confidence. It seems that schools, such as the one my son goes to, do not allow one to simply coast along and thus force its pupils to adapt and become good at doing so. One is forced to develop a wide range of social skills since in many cases you are obliged to. In my son’s own words: ‘you literally live with some people you dislike so you kinda have to be savoir faire about it’ (to this day I am not one hundred percent sure what savoir faire means).

My son has developed this attitude where academic excellence isn’t something to be praised or very proud of but rather ‘expected’. This can be seen in how he simply shrugged off his GCSE grades saying that: ’well – probably could have done better in English’ while I was euphoric. It is the same with all his reports that largely do nothing but praise him yet he doesn’t give it much thought. After GCSE’s (once exposed to all the free time he regained) he decided to start learning the piano and then the guitar. However, when I asked him what he thought was the most valuable asset he has gained during his time at Shrewsbury he thought for a while. He then replied quite shrewdly: ‘the ability to talk absolute nonsense while maintaining a high degree of confidence and conviction’.

My son won’t admit it but in my humble opinion he is truly set for life. There isn’t a moment where I don’t think that the majority of this is due to the education he has received and the environment he spends most of his time in. This education and environment, that he experiences, wasn’t something I was able to provide him with. Therefore, I am sincerely grateful that despite my own limitations, my son is able to have this. There truly isn’t a day that passes where the thought of my son’s truly extraordinary circumstances doesn’t cross my mind. On behalf of my son and me, I sincerely thank all who have helped him.

With thanks to Yousuf (a family friend) who translated this whole paragraph.